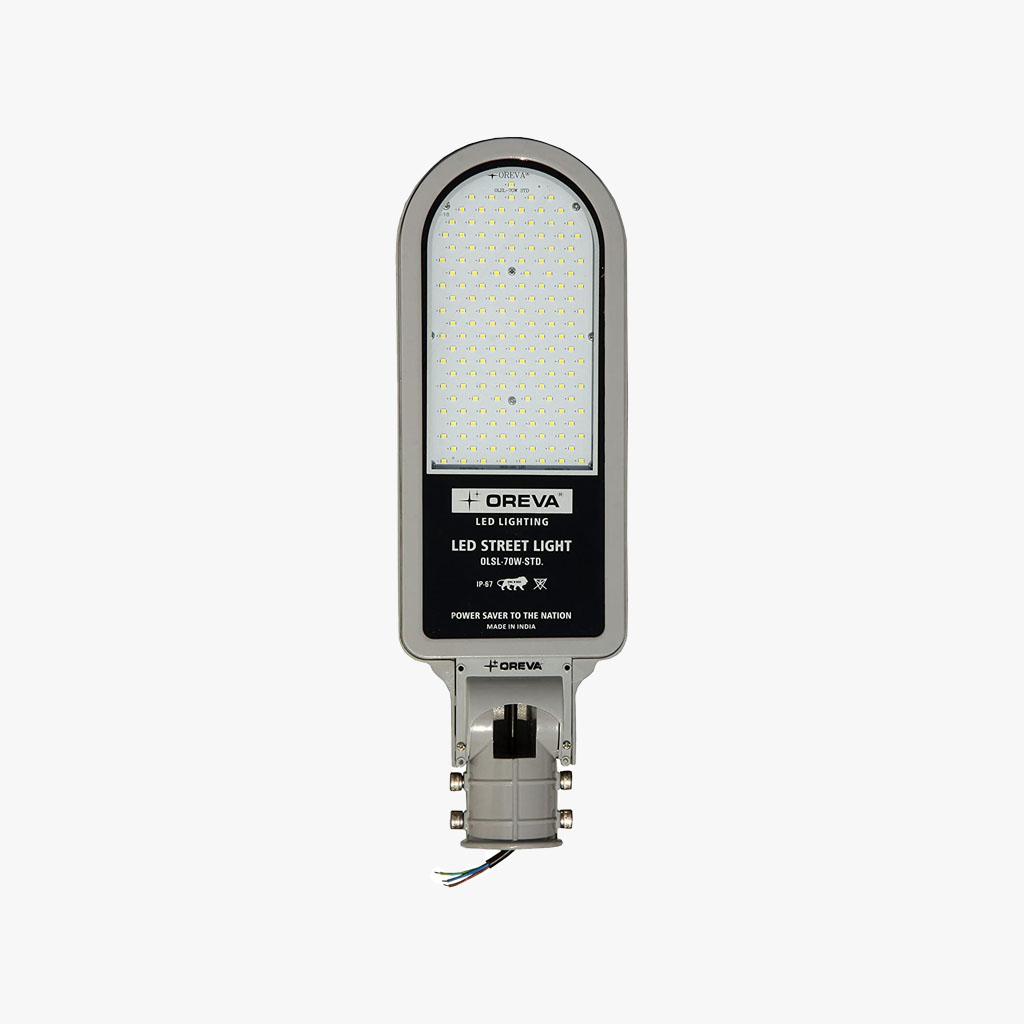 About The Product:
Oreva Branded Waterproof IP67 LED Street Light, 110W is a LED Street Light of 110W which weighs 6000gm. It is fully made of the metal aluminium. LED Street lights are raised source of lights which are found on the streets and use light emitting diodes (LED) as their source. They are generally fitted on walls and poles. They are protected against short circuit, over voltage and other unwanted circumstances. It is one of the best affordable products manufactured by Oreva, which is one of the major LED brands.

About The Brand:
Oreva, the name for Innovation and Quality is considered to be the pioneer of manufacturing and marketing of CFL’s, and became “India’s 2 nd largest Ranked Brand” in terms of Sales Volume of CFL Products in the year 2007. Oreva is said to be one of the largest producers of Lighting Products in India with an exclusive in-house manufacturing facility of massive variety of LED products which include LED lights, Street lights, Spot lights Flood lights etc., ranging between 0.5W to 500W.Oreva being one of the major LED brands in India has a strong network of more than 55,000 channel partners across the country.